For One Special Night, I Found a Clan

This has turned out to be a weekend forever burned in my memory.  My soft-hearted hubby piled our two young girls in his Jeep Thursday night and headed off to Dallas for a visit with family…which left me at home, unsupervised and free to indulge in a no-holds-barred mommy weekend.  (Thank you, honey.  And, yes, you can schedule that road trip with the boys any damn time you want.)

So, my local writer friend, T.D. Hart and I decided to make good use of the free time and hit the town for a little <ahem> “research”.  (Yes, when we say everyone’s a candidate for our next book, we really mean it.)

It’s more than forty-eight hours later and I’m still floating on the experience. 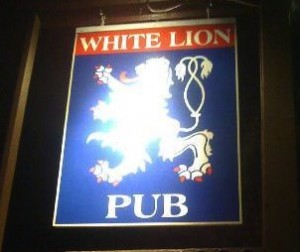 We started off at one of my favorite, quieter haunts in town called The White Lion Pub.  It’s an English pub and I swear it’s like teleporting over to England for some authentic food and atmosphere.  (Not that I’ve been to England…yet.  It’s on the list.)

Instead of the cavernous, well-planned bars that put on a facade so thick it’s obviously fake, this place is the real deal.  It’s dark, broken up into three rooms filled with well-aged tables and chairs that practically ooze years of stories.  One room even has a fireplace fitted out with comfy wingback chairs.

The best part is the staff.  Doesn’t matter who you are, when you walk in they treat you like family.  An English family.  Because they are one, complete with accents.  If they hadn’t been so busy, I’m fairly certain they would have set down and had a drink with us.  It was an excellent, easy start to a magical night.

From there, we headed off to downtown Tulsa, bellies full of fish and chips and warm chocolate cake that I probably shouldn’t have eaten.  The unpretentious mood from the White Lion had me craving more, so I suggested we hit the Mercury Lounge next.

This was when the night went from comfy to magic.

The Mercury Lounge used to be a gas station many years ago.  Here’s a daylight shot of it now. 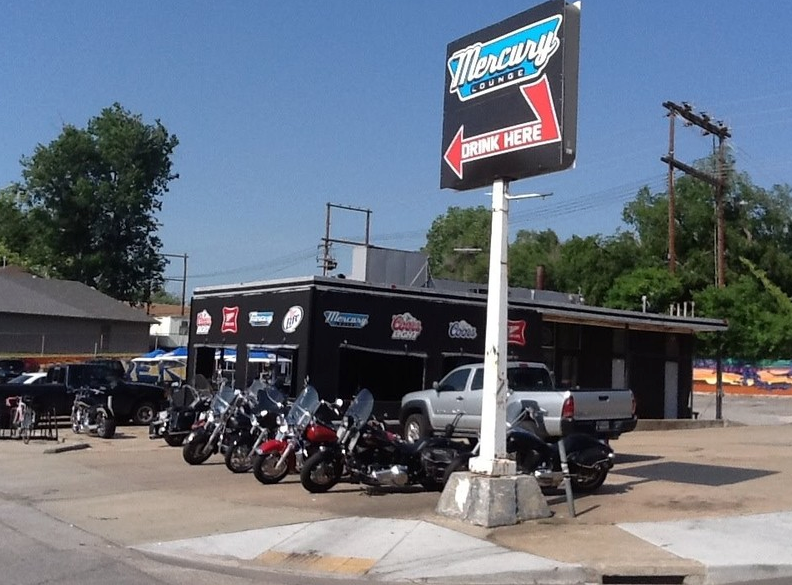 The place was packed, which considering the cold drizzle outside kind of surprised me.  I flinched when the doorman announced the cover was ten bucks a head.  He grinned through his dark, shaggy beard and said, “It’s the Ben Miller Band.  Trust me.  It’ll be worth it.”

Man, was he right.

Not five minutes into our arrival, T.D. looked over and high-fived me.  “Damn good call!” she said, then pointed to the washtub bass positioned on the crammed stage.

I thought I was assertive, but T.D. grabbed ahold of my hand and wound me through the throng toward the only two (already full) booths near the front and proceeded to pal around with said booth occupants.  Within two more minutes we were happily ensconced with the rest of them and ready for the show.

The music started–and the party kicked into high gear. 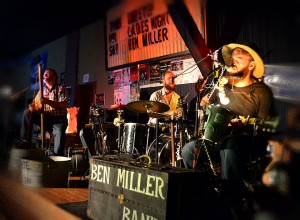 I wasn’t sure how to describe this band you to guys, so I looked ’em up on their website:  “One-of-a-kind trio that combines the frenetic energy of bluegrass, the soul of delta blues, and the haunted spirit of Appalachian mountain music.”

I think my definition is better:  “A stripped-down good time that leaves people dancing like no one cares who watches.”  I know this is accurate, because the crowd did exactly that.

The White Lion left me warm and fuzzy.

The Mercury Lounge sucked me in and made me part of a clan.

No one dressed like they were out to impress.  They dressed for comfort and the unexpected cold front.  (Well, except one poor young guy in a skin-tight Affliction shirt that seemed woefully out of place.)

When a scruffy long-haired blond man in a pair of overalls and a red t-shirt caught me eyeballing his drink (trying to figure out what it was), he casually handed it over and said, “take a drink.”

What?  Who hands their drink to a stranger?  (I think it was a Bloody Mary mixed with beer, but I’m not sure.  Wasn’t bad though.)

When another scruffy guy decided to dance a little too much in my very limited personal space, another easy-going piece of nice-to-look at pulled me up close to him and glowered at the crowder.  (Yep, that move’s going in my next book.)

I guess my incredibly long point here is that I’ve always wanted to feel like a part of a tribe.  A clan.

I feel some of that with my writer folk at conventions and meetings, but it’s never this raw.  Friday night was pure magic.  Genuine, accepting people wrapped up in unapologetic music that left my ears ringing for a good hour post-closing time.

It left me hungry, wanting to go back.

Is it just me?  Or have you ever experienced a magic night like that?  One that goes down in the history books for the simple, yet intense feelings it generated?  Have you ever walked into a room of complete strangers and instantly been welcomed in a perfect, raw way?  Or is that just my overly sensitive writer’s heart being sappy?

I’d love to hear your stories.

What Ripples Did You Cause Today?