Thanks to Kim Handysides, our Romance Writers Weekly group is talking about first kisses this week–our own, those in our books, or any other spin we can dream up.

To be honest, I thought about defaulting to Eryx and Lexi’s first kiss (the couple from Unexpected Eden, due out December 29th) because it was quick and easy.  (Meaning the post would be quick and easy, not the kiss. 🙂 )  But then I dug into the archives of my mind and really thought about how I got my first kiss, and decided posting something from my book was a cop out. The guy who initiated me into the ranks of the kissing definitely deserves a cyber nod–if not for what he taught me, then for having the gumption to pull it off.

I was in seventh grade, sitting in the back of a bus with a whole gaggle of kids on a church youth group outing to float the Illinois River. It was a bit of a novel experience for me, really. My parents had just started fostering a boy named Rusty who was two years older than me. A freshman. And a good looking one at that. It made me quite the center of attention where girls interested in scoring an inside track with said hot freshman were concerned.

So, there I was, Rusty and his friend Dale sitting next to me. I didn’t have a clue what they were talking about, just that their voices were low enough to make it clear their discussion wasn’t any of my business. The sun had just gone down and the only light we had was what shone from the other bus behind us. We’d been on the road long enough that the excited shouts and activity had finally leveled out to easy chatter muffled by road noise.

Frankly, I was bored. My idea of a good time was not a two hour drive followed by camping out with a bunch of people I didn’t know very well, let alone an all day float in a canoe the next day. Still, Rusty had insisted I’d have a good time, so I went.

I’d just about nodded off when Rusty stood, moved to a seat one row up, and turned so I could see his face in the headlights. Just before he situated himself between two of the girls who’d been chasing him, he winked at me. An unspoken, “I’m about to have a little fun,” kind of message.

Or so I thought.

Dale wrapped his hand around my elbow and tugged. “C’mere.”

“Huh?” I looked up at him, only the top of his dirty blonde hair showing in the light, the rest of his handsome face in shadow. He was a big guy. Grown up size to my smaller-than-most seventh grade self. Shit you not, I was maybe 4’6″ and bet I still didn’t weight 100 lbs. yet.

He tugged again, this time pulling me across his lap.

Swear to God, my heart jumped up and down more than it ever had in its entire life. Even more than when I’d taken a stupid friend’s dare after school one day and swung down from the top of a house using a tree limb.

The vibrations of the bus rattled the back of my head where it rested below the window, but I didn’t care. Hell, we could have hit a speed bump and it wouldn’t have fazed me. I was setting on a freshman’s lap in the back of a bus! A really, really cute one! Rusty hadn’t been winking to tell me he was going to have fun, he was winking to tell me I was. I hoped.

Dale squeezed my shoulder. “You okay?”

I think I nodded.

He smiled. Not a lot. Kinda crooked. “You ever kissed a boy before?”

I shook my head.

All I could think about was what Paige Walter had told me the year before–about French kissing and how the boy would put his tongue in my mouth. Was he talking about that kind of kissing?

He lifted my chin and a crazy wave of something I’d never felt before fanned out across my body. “Hey, look at me.”

Oh, boy did I. His eyes were the prettiest color of green and his smile looked like trouble. I focused on those lips and I must have done something right because he moved closer. And closer.

Wow. His lips felt good too. Soft and firm at the same time. Warm and a perfect fit against mine.

He licked between them.

Oh, God. They really did do the tongue thing! My mouth parted, part from surprise and part because it seemed like what Paige had said I was supposed to do.

His tongue licked against mine, coaxing. Sweet and steady.

I scrambled for some other shred of Paige’s wisdom. Had she told me anything else? My brain seemed to have stopped working and my breathing was a little wonky.

He pulled away and low, near-manly chuckle wrapped around me. “Quit thinking so much and kiss me back.”

Ohhhh. So, I could do it back to him? This was an interesting development. “Okay,” I whispered, then touched my mouth to his.

It was a long way to Tahlequah and the Illinois River. At least another hour and a half by that point. I got lots and lots of practice with kissing in the back of that bus, not to mention a few stolen moments near the campfire later that night.

Did I mention my dad was a chaperone for that particular field trip and that he was up at the front of said bus? Yeah, I told you what Dale did took some gumption. I’m not sure who deserves the bigger nod–Dale for being an exceptional first kisser/teacher, or dad for turning a blind eye when I’m pretty damned sure he knew what was going on.

Now it’s Kim Handyside’s turn to share her first kiss deets! Kim, thanks for the idea. That was a memory worth reliving. 🙂

Imagine What’s Beyond the Surface 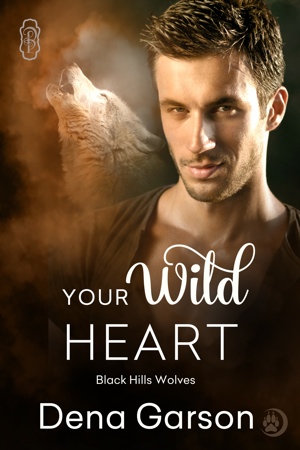