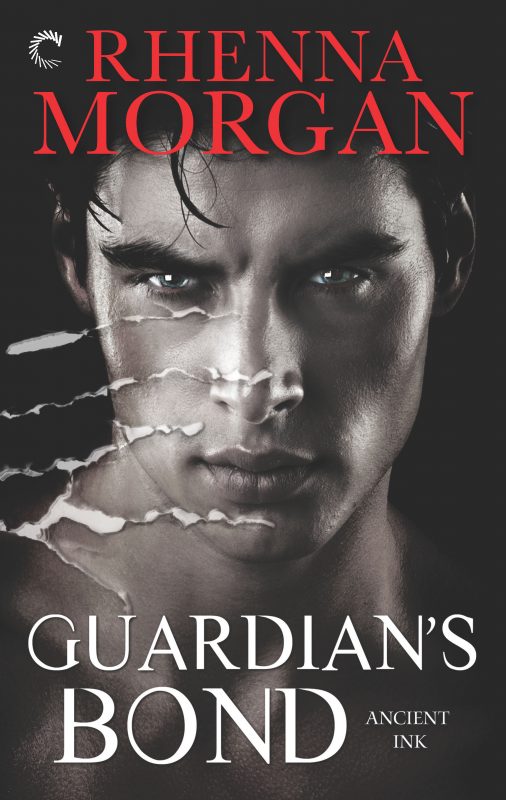 For decades, he’s been alone.

His to win. To protect.

To provide for and pleasure.

Chirp
Harlequin
Amazon UK
Amazon CA
About the Book
Priest Rahandras has lived with the darkness inside himself for years. Betrayed by his own brother and forced to watch his clan’s brutal annihilation, the only thing Priest wants more than to escape the curse that haunts him—as both man and beast—is to rebuild.
Until the mate he’s longed for walks into his life with an elder from his past. She’s everything he’s wished for, and the key to the clan’s very survival.
Kateri Falsen is a woman of logic and facts. While Priest’s cat can sense her arousal, telling her they’re fated won’t be enough. He’ll have to show her: with his words, with his actions, and with his body.
Protecting Kateri from the evil trapped inside him is paramount. But when lost clan members are systematically murdered, he’ll have to choose between exposing his mate to his black magic, or risking her as the next victim.
A Sneak Peek

“You don’t believe in the magic.”

She hadn’t. Not at first. But it was hard to keep ignoring it after slamming into it like a pinball stuck between two electronic bumpers. “I believe it, I just…” She sipped her coffee then cradled the thick mug between her palms, searching and failing for the right explanation. “I don’t know how to process it. I see it. I accept it.”

The truth rattled her as sure as Priest had grabbed hold of both shoulders and given her a serious rag doll shake. Fear wasn’t an attribute she appreciated in anyone. Denial was even worse. Apparently, she was guilty of both. “I don’t understand it.”

“That’s the thing about magic. It’s not meant to be understood. It’s meant to be accepted. You appreciate and own it. It’s about heart, not logic.”

“I like logic. I like it when two plus two equals four. Not a butterfly or a pretty bird.”

“Hmm.” He leaned one elbow on the counter and studied her. “The scientist in you. But nature doesn’t always play by the rules either. Surely, you’ve figured that out with your major.”

She fidgeted on her stool, a weird mix of curiosity and self-defense making her squirm under his assessing gaze. “How do you know what I’m studying?”

He grinned. “Because your grandmother is a font of information where you’re concerned and I took full advantage.”

Figured. While Nanna loved nature as much as Katy did, she never missed an opportunity to point out that Katy’s life was far too structured. Too lacking in spontaneity. She took another drink of her coffee and realized he hadn’t poured any for himself. She set her mug aside and slid off the barstool. Turnabout was only fitting. Especially if it had been her inability to sleep that had pulled him from his sleep to guard her.

He kept his silence until she slid the carafe back on the burner. “What else kept you up last night?”

Goose bumps lifted up and down her arms and the muscles in her belly tightened. “Dead parents and magic isn’t enough?”

No. Not even close. True the nightmares had invaded what little sleep she’d managed, but it was the vivid dreams that had come later that had left her hot, needy and unable to go back to sleep. She pulled the sugar dispenser closer. “Cream or sugar?”

Bummer. No extras meant she’d have to face him sooner.

“Tell me, Kateri. What kept you awake?”

“Kateri tastes better on my tongue.”

Her stomach pitched and swirled at just the idea of anything to do with his tongue and, considering how hard her legs were shaking, the do-or-die sprint she’d finished up her run with had been a serious tactical error. She gripped the countertop ledge with both hands.

His voice registered behind her a second before his hands framed hers on the countertop, caging her in. “I’ll tell you what kept me awake.” His heat coiled around her and mingled with his manly scent. He inhaled deep beside one ear, the subtle yet sensual sound making her feel as though the beast was right there with him. “I remembered your scent. How soft you felt against me.”

She’d thought about that, too. Added onto the memory actually, throwing in a few bonus scenes that involved zero spectators and a lot less clothes.

He nuzzled the back of her neck, his voice a velvet rumble that caressed every nerve ending. “I imagined you touching me the way you petted my cat this morning. Exploring me. Fearless.” His lips whispered against the skin at her nape, there and gone like a ghost. “What kept you awake, Kateri?”

“You.” How she actually managed to verbalize the admission, she wasn’t quite clear on, but the second it slipped past her lips, something in her shifted. A crack slowly edging through the thick ice of her emotions.

He must have sensed the change, because he stilled behind her, keeping her caged, yet not pushing her further. “And that frightens you?”

“Because things are different around you. I’ve never felt anything like it. It’s irrational. Not normal.”

“Ah, but you’re not normal. You’re Volán. A sensual creature born with the promise of magic.” He paused and pressed as close as he could without making full contact. “Do you want my touch?”

A shiver wiggled through her, ripping yet another unexpected confession past her lips. “Yes.” As soon as she said it, she squeezed her eyes shut and shook her head. “No. I mean…” She huffed out an irritated breath and hung her head. “I don’t know what I want. I can’t trust anything anymore.”

“There is one thing you can trust.” Before she could open her mouth to ask what he meant, he slid his hands around her waist and pulled her against him, one palm sliding up to rest above her heart and the other splayed low on her abdomen.

And it felt fantastic.

A possessive grasp that urged everything inside her to release the fragile hold she’d fought so hard to maintain and simply surrender. A soft and pleasant vibration radiated against her back, a more subtle version of the purr his cat had offered as she’d stroked its fur.

“Close your eyes, kitten. Breathe and forget everything except what you feel right now.”

So tempting. So very tempting. “I’m not a kitten.”

“Yes, you are.” Spoken right beside her ear, low and daring her to argue otherwise. “Fearless and so ready to grow into your claws you can’t hardly stand it, but curious enough to get into trouble.”

Okay, the curious part she’d give him. Actually, she’d give him just about anything right now, the heat and energy coming off him as he pulled her deeper and deeper into whatever spell he wove clouding what was left of her judgment. Never in her life had she felt this safe. This anchored and at home in her emotions.

“Are you afraid now?” No superiority. No command. Just a simple question rooted in genuine concern.

“No.” Insane or not, there was something about this man her instincts and body trusted. Completely. Which only made her mind want to rebel twice as hard.

Drawing in a slow, deep breath, he slowly rubbed his temple against hers, the action unsurprisingly similar to how his cat had marked her outside. “You’ll never be safer than when you’re with me, mihara. What you feel right now will never fail between us. Will be there even when you’re infuriated with me. When you’re ready to accept it, I’ll give you everything you need.”

Other Book in "Ancient Ink Series" 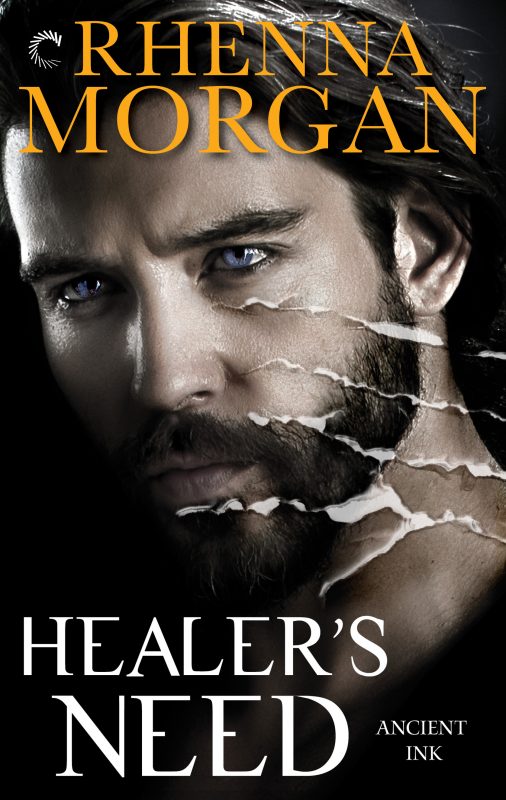