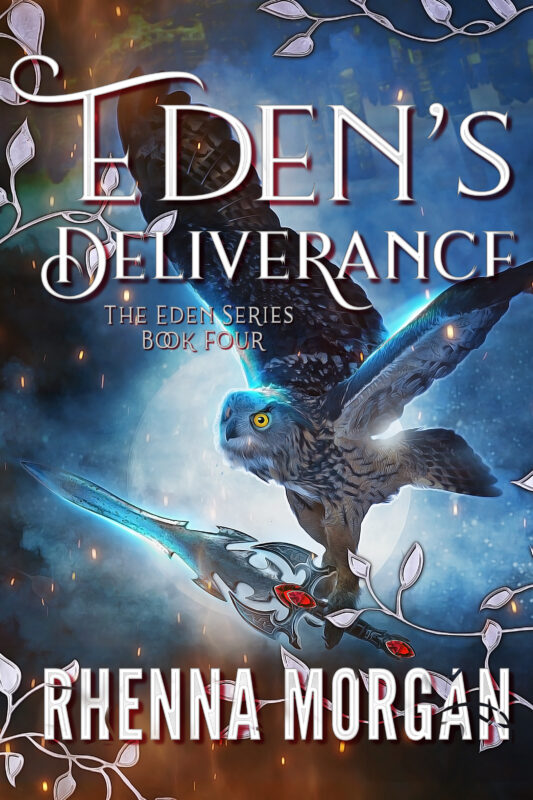 Fate is the life we’re given. Destiny is what we do with it.

Fate is the life we’re given. Destiny is what we do with it.

Captured as a child and forced into slavery by the Rebellion’s leader, Brenna Haven was raised in near isolation with the utmost cruelty. She knew nothing of kindness, or compassion, until Fate orchestrated her rescue. Finally free, she wants nothing more than to return to her home. To reconnect with her human family and live a simple, quiet life. But her newfound powers demand an entirely different future. One fraught with danger, and a terrifying role in an ancient Myren prophecy.

A battle-hardened warrior and sworn bodyguard to the king, Ludan Forte wields a powerful, memory stealing gift. But his skill comes with a price. A torturous burden he’s hidden since his awakening over a hundred years ago. He never dreamed he’d find relief, let alone be tempted to forgo his vows to the king. Yet in Brenna’s sweet, beguiling presence, the weight he bears is lifted. And when her role in the prophecy threatens her life, he’ll stop at nothing to keep her safe.

“Eden’s Deliverance is a timeless, powerful tale of love lost and love found. Beautifully written, Rhenna Morgan gave us a world I will revisit over and over again for years to come.” ~ Audrey Carlan, #1 New York Times Best Selling Author

Brenna’s quiet voice drifted across the room before he could flip the first one. “What’s it like?”

He bypassed the lights and prowled closer. “What’s what like?”

Even when he stood right beside her, she wouldn’t look up, but her eyes were clear in the window’s reflection, bright and burning with something that flipped all kinds of dangerous triggers. Her voice came out scratchy. Little more than a whisper. “To be kissed.”

Three little words, but they almost flattened him. If his heart didn’t calm the hell down he wouldn’t live long enough to think of an answer, let alone speak it. His lungs, on the other hand, had stopped functioning. He rubbed his jaw and waited for his mind to give him something, anything to work with.

Give her the truth.

The thought punched through his stymied state, as clear as someone standing beside him.

He knocked the idea aside as fast as it had come to him. She’d think he was an idiot if he told her the truth. Still, she’d bared her demons with him. Was he such a coward he couldn’t do the same?

He inched closer so they were side by side. “I don’t know if I’m the best judge.”

Her gaze shifted, watching him in the reflection. “You don’t like it?”

He huffed out a half laugh and shook his head. “I like it. I just haven’t done much of it.”

She gave up the view entirely and faced him. “Why not?”

Now there was a topic he wasn’t broaching. “I just haven’t.”

She pulled her lower lip between her teeth and waited.

God, he wished she wouldn’t do that. Granted he hadn’t done much kissing, but that didn’t mean he didn’t think about it. A lot. Most of it in the last few months with her in a starring role. He stuffed his hands in his pocket and pretended indifference.

“Would you…” She clasped her hands in front of her, digging the thumb of one hand into the palm of the other. “Would you consider kissing me?”

His whole damned world pulled a Tilt-a-Whirl, and every muscle went I-beam rigid. He couldn’t have heard her right. It had to be his head playing tricks with him. Too much time out of Eden or something.

She ducked her head. “I’m sorry. I shouldn’t have said that.” Tucking her hair behind one ear, she shook her head and turned toward the bedrooms. “It was a silly idea. I just wondered—”

His hand whipped out and stopped her with a clench on her shoulder before his conscience could get a word in edgewise.

“It wasn’t stupid.” He moved in close, needing the proximity more than he needed air. Maybe giving her the truth wasn’t such a bad idea. At least then she wouldn’t think it had anything negative to do with her. He cupped the back of her neck, and her silky hair brushed his knuckles. “Kissing is hard for me.”

She cocked her head, fully engaged and eager for his answer.

He swallowed around the monster lump in his throat and wished like histus he had a fresh beer handy. Or a shot of strasse. “It’s intimate, and I don’t do that well. Not with the noise.”

With her closeness and the physical contact, the chatter wasn’t there, but an entirely different buzz blazed between his ears. “You know all Myrens have unique gifts?”

Curling one hand around his wrist at her neck, she nodded.

“No, I consume them. Rapidly.”

Her eyebrows lifted. “And?”

He was out of his mind sharing this. If she ever let it slip to Eryx, or anyone else, they’d never reach out when they needed him again. “Once I have them, I hear them. All the time. Good memories, bad memories, it doesn’t matter. They’re always there. And they’re loud.”

She frowned, and her grip on his wrist tightened.

“Kissing is intimate,” he said. “It’s hard to be in the moment with all the voices in my head. So I haven’t done much. I’m not sure I’d be any good at it.”

The thumb he hadn’t even been aware he’d been stroking along her hairline stopped. For all the battles he’d been in, never once had his hands shook the way they did now.

Truth. She deserved it, especially with the gift her presence brought him. But what if she took it the wrong way? He tightened his hold and pulled her closer. “Not until a few days ago.”

Her muscles tightened beneath his hand, and she braced both palms on his chest.

“I knew you were different the first day I saw you,” he said. “You were unconscious, and Ramsay had you in his arms. We were about to fly back to the castle. When I got close to you the noise got quieter. Not completely gone, but bearable.”

“That’s why you acted funny around me.”

He dipped his head. “I wasn’t sure what to do about it. What it meant. And then the other day by the ocean, when I caught you, they stopped.”

“No.” The Great One be praised, he couldn’t read her. Couldn’t gauge if she was pissed, happy, or disaffected. “They’re only completely gone when I touch you.”

Her fingertips pressed deeper against his chest, and her voice rasped low in her throat. “Like now.”

Quiet snapped between them, the energy more charged than the Eden skies at night.

The reflection of lights from downtown shimmered in her dark eyes, and her pretty pink lips parted. “Is that why you came here with me? For the quiet?”

“No.” He might not have been willing to admit it before, but the second the answer came out, he knew it was true. “I came because it was you. Because something told me to.”

Her breath came faster, warm and buffeting softly against his T-shirt. She dipped her head just a fraction, still holding his stare, and licked her lower lip. “So we could both have a first.”

His conscience urged him to step away. The beast fisted the bars on its cage and strained for release. Her scent wrapped around him. That sweet, innocent hint of vanilla that made him think of home and simple, peaceful days, soothing him the way it always did.

“You deserve someone better for your first.” He’d probably kill anyone who tried, but it was his last-ditch effort at giving her an out.

She lifted one hand and smoothed her fingertips across his lips. Soft. A butterfly touch that fired lightning bolts straight to his dick.

His lips parted on instinct, tasting her skin with a quick flick of his tongue.

Brenna gasped and jerked her hand away, but only by a few inches. As fast as she flinched, her pupils dilated, leaving almost nothing but black. Her eyelids grew heavy, and her demeanor shifted, the shy, tentative girl shrinking beneath a curious, hungry woman. It was beautiful. The most perfect thing he’d ever seen in his life.

Her gaze roamed his face, and she trailed her closely-trimmed nails through the scruff along his jaw. “I don’t want anyone else for my first.” Her gaze locked on to his, and her hand curled around the side of his neck. “I want you.”

Reality and common sense clicked off. With three simple words she’d shorted out all thoughts save those necessary to please her. All that was left was touch, sensation, and an all-consuming need to taste her.

He exhaled slow and shaky, fear and desire spiking his adrenaline higher than any battle. It was just a kiss. Something people did all the time. Surely he could do her first one justice.

He cupped the sides of her face and inwardly cursed the subtle shake of his big paws. Lowering his head, he focused on her perfect pink lips, pale with a subtle shimmer where she’d licked the bottom one. He wanted his tongue there, to savor the plump surface and feel her lips part.

“The truth?” He closed his eyes and slid his nose against hers, only a fine blade of air and crackling tension separating their mouths. “I want you, too.”

He sealed his lips against hers before she could respond, capturing her sweet, broken sigh in a light, teasing contact. He licked the seam, urging her to open, and groaned at her perfect taste. Remnants of ice cream and an essence uniquely hers.

Hesitantly, she opened for him, her tentative tongue meeting his and growing bolder with each decadent stroke. The world dropped farther and farther away. Nothing mattered beyond them. Beyond her and the silky, passionate glide of her lips against his. Too many nights he’d imagined a moment like this, but not one fantasy matched reality.

As if she sensed his thoughts, a tiny whimper slipped past her lips, and she urged him closer. Her soft whisper brushed across his kiss-slackened lips and kicked his pulse to a whole new level. “Ludan.” 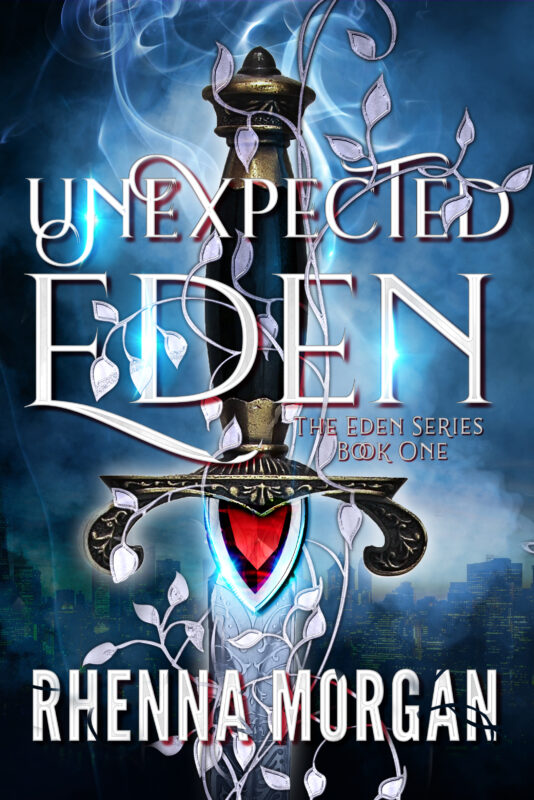 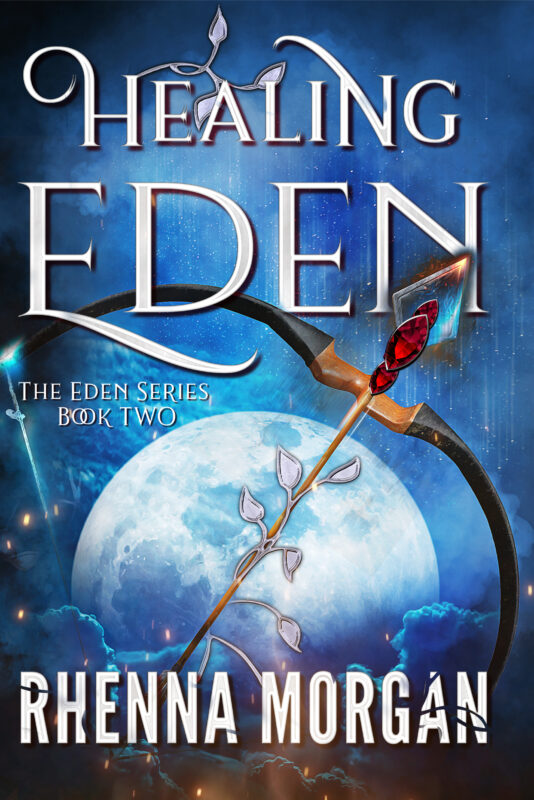 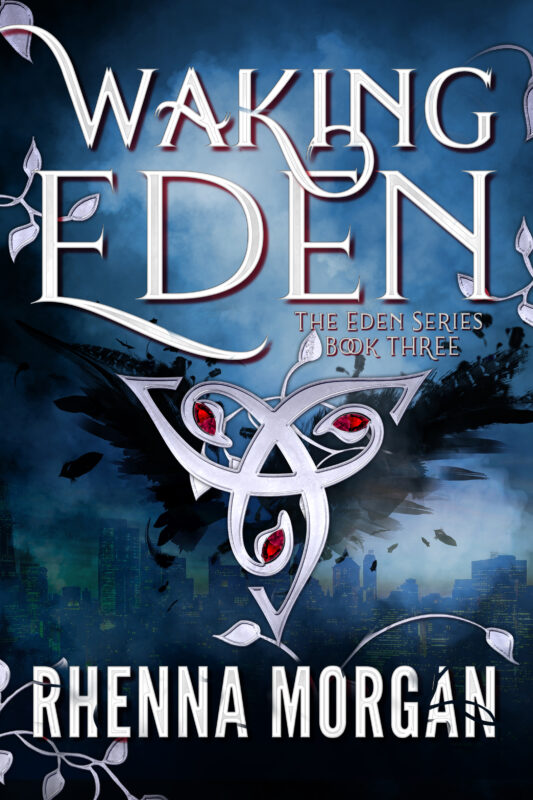